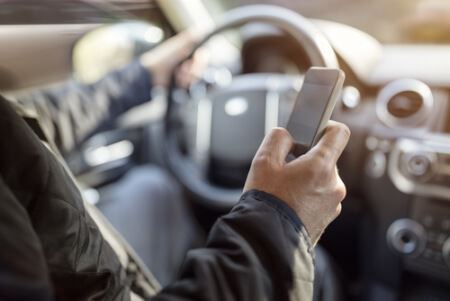 In Missouri, individuals under the age of 25 account for over 30% of traffic fatalities, according to the Missouri Department of Insurance. Missouri State Highway Patrol states that, in 2012, driver inattention contributed to over 22,000 traffic crashes in the state. Broken down, those numbers reveal 13,447 property damage, 8,952 injuries, and 92 fatalities. The same time period also yielded 357 crashes while individuals were texting.

Missouri, however, is only one of four states in the country that has yet to ban all drivers from texting while driving, only prohibiting individuals 21 and under from texting from behind the wheel, despite it being the leading cause of crashes in the state. Although Missouri does not have strict laws in regards to texting or talking on your cell phone, it has a wide definition of distracted driving, which includes eating or changing the radio. States like Missouri, which have lax texting and driving laws, have a higher rate of drivers who text while drive, putting more distracted drivers on the road and a greater chance for accidents.

Regardless of age, it is estimated that taking your eyes off the road for to text or glance at your phone takes about four and a half seconds, during which a lot can happen. Just because texting and driving is not illegal for drivers over 21 does not mean it should be done.

Using smartphones is a danger to everyone on the road, but other forms of distracted driving, such as eating, reaching for something, or engaging in anything that may remove your eyes from the road can cause a devastating accident. All it takes is a second.

Strong-Garner-Bauer P.C. can help you seek maximum compensation for injuries you have suffered, medical costs, lost wages, and emotional reparations as a result of a distracted driver. Call us today for a free initial case evaluation at 417-855-2022
Categories:
Related Posts
/